Martin Colin, P.C. announces the settlement of a very lengthy and complex lawsuit with overlapping estate litigation and family law issues.  The lawsuit was commenced in 2008 and finally settled in 2013.   This post consists of two parts.  The first part, set forth below, outlines the relevant facts.  The second part will discuss the court’s ruling on the summary judgment motions that brought about the settlement. 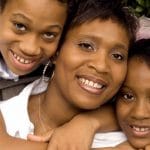 Here are the material facts.

At the time of the divorce from his second wife, the Husband agreed:

Now, at the time of his death:

Finally, here is what happened, by operation of law, at the moment of his death:

Our attorneys are experienced in estate litigation.  In addition, we are successful matrimonial lawyers. Resolving this case involved a complex interplay between estate law, domestic relations law and contract law.  Follow this article for the second post to learn how a very intelligent and hard-working judge finally brought this case to a resolution.