Martin Colin, P.C. recently announced the settlement of a very complex lawsuit with overlapping estate litigation and family law issues.  The lawsuit was commenced in 2008 and finally settled in 2013.   This post is the second and final segment discussing this case.  The first segment, posted last week, outlined the relevant facts.  This final post discusses the court’s ruling on the summary judgment motions that brought about the settlement.

You will recall that the second wife had divorced the decedent in 2001.  When he suddenly and unexpectedly dropped dead during his marriage to the third wife, in 2008, his body was not even cold yet when the second wife signed up an estate litigation lawyer and rushed to the Westchester County courthouse, armed with her Separation Agreement as well as her Judgment of Divorce, and demanded every last dime she was entitled to pursuant to their divorce agreement.

Elevating aggressive lawyering over common decency, while the third wife was making funeral arrangements and mourning her loss, the second wife charged into the Supreme Court seeking injunctive relief and a freezing of assets.  (Note that the second wife’s first move was not to Surrogate’s Court, against the estate, but to Supreme Court, seeking to enforce her contractual rights contained in the Separation Agreement against the third wife directly.)  Fortunately, the judge of the Supreme Court, Westchester County, refused to freeze assets.  Thankfully, the judge let the third wife grieve and bury her husband, in peace, while the judge contemplated the best course of action to resolve the case.

When the parties finally arrived in Supreme Court, the third wife sought to compromise the case, so that she could put this conflict behind her and she could return to grieving.  But the second wife wouldn’t have any part of it.  The second wife demanded $160,000 to settle a $60,000 claim.  When the third wife refused to negotiate against such a ridiculous demand, the second wife once again returned to her favorite activity, aggressive lawyering, and filed a second lawsuit: this time estate litigation in Surrogate’s Court, seeking the entirety of the estate.

The legal grounds beneath all the second wife’s lawsuits?  The second wife made an unusual legal claim in each lawsuit.  In the first action, filed in Supreme Court directly against the third wife, the second wife claimed that the New York State Court of Appeals, the highest court in our state court system, had ruled in 1984, in Rogers v. Rogers, that if the dead husband had promised life insurance to a prior wife, but contrary to his promise, changed the beneficiary to his current wife, and died, then the court could take those assets away from the current wife and give them to the past wife, pursuant to their divorce agreement.  In the second action, filed in Surrogate’s Court against the decedent’s estate, the second wife claimed that the Separation Agreement made her a creditor against the estate with special priority that would ensure that her claim against the estate would get paid first.

Obviously, by now you have figured out why these two unusual legal claims were so important to the second wife: because the decedent husband had died with a very small estate.  Not enough assets to pay everybody he owed.  So in order to be made whole, the second wife either had to move to the front of the line, in terms of being paid out of the estate funds, or she had to be able to reach assets that were not part of the estate, such as the life insurance proceeds paid to the third wife directly, which passed to the third wife ‘outside of the estate.’

Before long, these two estate litigation cases, i.e., the Supreme Court case and the Surrogate’s Court case, were combined into one consolidated case before one judge in the Supreme Court, Westchester County.  However, the combined case was passed along a series of three or four judges between 2008 and 2013.  Finally, in 2013, the fifth and final judge to be assigned to this case reviewed and decided cross-motions for summary judgment. 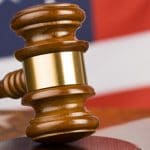 After having reviewed all the facts, and after having carefully considered all the legal arguments submitted by both sides, the Supreme Court, Westchester County, rendered a decision.  The Court ruled:

Upon review of this decision and order, the second wife immediately took steps to appeal.  However, with this ruling, it also became abundantly clear to the second wife that she would never recover anywhere near the $160,000 which she was demanding to settle this claim.   Based on the court’s ruling, set forth above, this claim was worth, at best, $60,000.  And a huge portion of that amount would have to be paid over to the second wife’s lawyers.  For all these reasons, the claim finally settled for an amount far less than $60,000.

As this case demonstrates, our attorneys have been successful in estate litigation.  In addition, we are experienced matrimonial lawyers. Resolving this case involved a complex interplay between estate law, domestic relations law and contract law.  The attorneys at Martin Colin, P.C. can be contacted by telephone at (914) 771 7711.  Let us help you successfully resolve your legal matters.