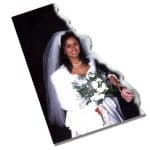 Although many people do not contest the reason for a divorce, in New York the following circumstances alone are not grounds for a divorce: incompatibility, irreconcilable differences and/or a “dead” marriage. In addition, New York courts have also made the following rulings: