Here is a sample motion in limine (i.e., immediately prior to trial) seeking rulings favorable to the plaintiff (i.e., the person who filed the lawsuit) before the jury starts hearing the evidence. Hope it helps you!

Plaintiff respectfully submits this Memorandum of Law in support of his motions in limine.  Specifically, plaintiff Fernando Colon respectfully submits this motion pursuant to the Federal Rules of Evidence (“FRE”) to preclude any reference to: 1) plaintiff’s prior arrest history; 2) non-party witness Bobby Lee’s criminal history; and 3) to permit plaintiff to treat Det. Tisdale and any other NYPD officer-witnesses as hostile. 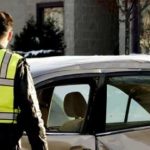 This case arises from an incident which took place on June 24, 2011.  On that date, at approximately 6:45 p.m., plaintiff Fernando Colon was parked and sitting inside his vehicle in the vicinity of 945 St. Nicholas Avenue, New York, New York.

The plaintiff was arrested.  The next day, Det. Tisdale sought and obtained a search warrant for plaintiff’s vehicle.  A search of the vehicle, pursuant to the warrant, uncovered nothing.  The criminal case against plaintiff was dismissed on November 10, 2011, on speedy trial grounds.  Plaintiff’s money and van were not returned to him until January 2012.

The purpose of a motion in limine is to allow the trial court to rule in advance of trial on the admissibility of certain forecasted evidence.  See Luce v. United States, 469 U.S. 38, 40 (1984)(explaining that the motion in limine is used to “exclude anticipated prejudicial evidence before the evidence is actually offered”).  See also Palmieri v Defaria, 88 F.3d 136, 141 (2d Cir. 1996)(‘The purpose of an in limine motion is to aid the trial process by enabling the Court to rule in advance of trial on the relevance of certain forecasted evidence, as to issues that are definitely set for trial, without lengthy argument at, or interruption of, the trial.”). 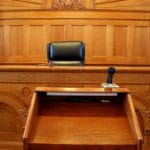 As an initial matter, evidence must be “relevant” to be admissible.  Fed. R. Evid. 402.  The Federal Rules of Evidence define “relevant” evidence as that “having any tendency to make the existence of any fact that is of consequence to the determination of the action more probable or less probable that it would be without the evidence.”  Fed. R. Evid., 401.  Further, Federal Rule of Evidence 403 grants a district court discretion to exclude even relevant evidence on the grounds of prejudice, confusion, or waste of time:

Although relevant, evidence may be excluded if its probative value is substantially outweighed by the danger of unfair prejudice, confusion of the issues, or misleading the jury, or by considerations of undue delay, waste of time, or needless presentation of cumulative evidence.

Thus, to be admissible, evidence must be both (1) relevant and (2) not outweighed by the danger of unfair prejudice, confusion of the issues, or misleading the jury, or by considerations of undue delay, waste of time, or needless presentation of cumulative evidence.  See Fed. R. Evid. 402 and 403.  Further, Rule 404(b) states, in relevant part, “[e]vidence of a crime, wrong, or other act is not admissible to prove a person’s character in order to show that on a particular occasion the person acted in accordance with the character.  This evidence may be admissible for another purpose, such as proving motive, opportunity, intent, preparation, plan, knowledge, identity, absence of mistake, or lack of accident.”  Fed. R. Evid. 404(b). 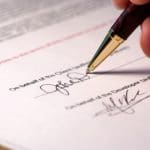 Defendant should be precluded from any reference to plaintiff’s prior arrest.  Plaintiff’s prior arrest when he was seventeen (17) years old (approx. 1999) is of minimal probative value and is unduly prejudicial given, inter alia, the length of time between the arrest and the events underlying this claim.  It should be inadmissible for any purpose.  See Fed. R. Evid. 404, 609(b).

Defendants should be precluded from asking questions or presenting any evidence of Bobby Lee’s criminal history pursuant to Rules 401, 402 and 403 as totally irrelevant, will confuse the jury, is a waste of time and is unduly prejudicial.

At his deposition, Bobby Lee stated that he had three prior arrests that resulted in convictions, and that the first arrest occurred in either 2006 or 2007.  These arrests are wholly irrelevant not only to this cause of action but to his recollection and credibility as a witness to the June 24, 2011 incident involving Detective Jerome Tisdale and the New York City Police Department.

Bobby Lee’s criminal history should be excluded “if its probative value is substantially outweighed by the danger of unfair prejudice, confusion of the issues or misleading the jury…”  Fed. R. Evid. 403.  “In making a Rule 403 determination, courts should ask whether the evidence’s proper value “is more than matched by [the possibility]… that it will divert the jury from the facts which should control their verdict.”  (internal citations omitted).  Potenza v. City of New York, 2009 U.S. Dist. LEXIS 60877 (E.D.N.Y. July 15, 2009).  Here, the prejudicial impact of Bobby Lee’s criminal history is far outweighed by any probative value that such evidence might have.  Accordingly, the Court should preclude the defendants from introducing such evidence under Rule 403.

PERMIT PLAINTIFF TO TREAT ALL NYPD OFFICERS AS HOSTILE

Rule 611(c) provides that leading questions ordinarily should not be used on direct examination, except “when a party calls a hostile witness, an adverse party, or a witness identified with an adverse party.”  Fed. R. Evid. 611(c)(2).  Plaintiff submits that Detective Tisdale’s testimony, as well as any other NYPD officer-witness will be adverse to Plaintiff, and therefore requests permission to treat him as hostile.

For the reasons stated above, plaintiff respectfully requests that the Court exclude: 1) plaintiff’s prior arrest history; 2) non-party witness Bobby Lee’s criminal history; and 3) to permit plaintiff to treat Det. Tisdale and any other NYPD officer-witnesses as hostile.