In a recent car accident bodily injury case, the owner of the car that hit our client claimed that, at the time of the accident, the driver of her car was using her vehicle without her permission.

Why does it matter?  It matters because her car insurance will only be required to pay our claim if the car was being operated with her permission at the time of the accident.  For that reason, it is essential that we prove “permissive use” of the offending vehicle by the driver who struck our injured client.

Here are the legal arguments made in support of our motion to disclose the other car owner’s conversation with her insurance company.

IN SUPPORT OF MOTION TO 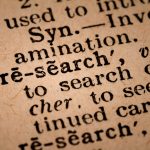 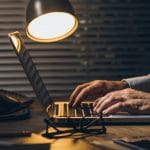 ANY PRIVILEGE THAT MAY EXIST BETWEEN HER

THAT HER SON DID NOT HAVE PERMISSION TO USE 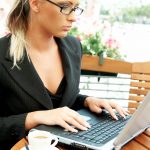 Plaintiff moves for disclosure of those portions of the Progressive Insurance Company file concerning permissive use of the vehicle.  Plaintiff’s motion should be granted because:

See Affirmation of William Martin dated September 4, 2015, accompanying this motion, for a full recitation of the relevant facts.

ANY PRIVILEGE THAT MAY EXIST BETWEEN HER

At the Examination Before Trial of defendant Donna Wallace held on August 7, 2015, Ms. Wallace testified that she had verbally told her insurance company, Progressive Insurance, that her son, defendant Donald Wallace, did not have permission to operate her vehicle, and that she thinks she may have also written it down and provided same to Progressive.  Counsel for plaintiff asked Defendant Donna Wallace if she had any objection to plaintiff’s counsel looking at the Progressive file, to which she had no objection.  (see EBT transcript pages 30, 31 attached hereto as Exhibit “7”).   The relevant portion of the transcript is as follows:

Q:  As you sit here today, do you specifically recall telling them that – that your son did not have your permission to operate your vehicle?

Q:  And did you ever put that in writing, or was that just verbal?

A:  I don’t know.  Could have been months later, once I got paperwork from them.  I don’t remember.

Q:  The writing that you gave them, you mailed to them?  That’s how you gave it to Progressive, right; you mailed it?

A:  I might have driven it up to them.

Q:  Okay.  So as you sit here today, you specifically remember verbally telling them, and also you may have written it down and given it to them in writing, as well?

Q:  So then you have no objection to me looking at that file, correct?

The conditional privilege belongs to Donna Wallace; it does not belong to Progressive.  Thus, with Donna Wallace’s consent to discovery of the Progressive file, the file must be disclosed.

Plaintiff anticipates that Progressive will oppose this motion by arguing that the file is protected by a version of attorney-client privilege, which Plaintiff disputes.  Plaintiff contends that Professor Siegel is correct, that the privilege is not derived from a common law privilege such as the attorney client privilege, but rather is merely protected by CPLR 3101(d)(2) which protects material prepared in anticipation of litigation (see Siegel, New York Practice, §347 [5th Edition]).

In all events, plaintiff concedes that under 3101(d)(2) statements made to one’s automobile insurance carrier have conditional immunity (see Dow v. Vinny’s Diagnostic Service Center, Inc., 2003 WL 1904084 [Sup. Ct., Nassau Cty.], citing Kandel v. Tocher, 22 AD2d 513 [1st Dept. 1965]; Recant v. Harwallace, 222 AD2d 372 [1st Dept. 1995]; Matos v. Akram, 99 AD2d 527 [2d Dept. 1984]).  However, defendant Donna Wallace waived the privilege during her deposition, when she consented to plaintiff’s counsel looking at the file containing the information that plaintiff seeks in the subpoena to Progressive Insurance Company.  It is, after all, Donna Wallace’s privilege, not her insurance company’s privilege.  Her agreement to waive it cannot be objected to or overridden by Progressive. 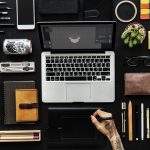 UNAUTHORIZED USE OF HER MOTOR VEHICLE “AT ISSUE”

As the defendant Donna Wallace has sworn under oath, on two separate occasions, that she has repeatedly informed Progressive that her son did not have her permission to drive her car, the Progressive file is now subject to discovery.  Defendant is the one placing her prior statements to Progressive “at issue”, not plaintiff.  Defendant cannot now use the attorney-client privilege as a sword; only as a shield.  As defendant Donna Wallace is the one claiming that she has always told her insurance company that her son did not have her permission to operate her vehicle, then plaintiff is entitled to disclosure as to whether the Progressive file corroborates her current contentions, or whether the Progressive file contradicts her current contentions.

CPLR 3101(d)(2) provides that materials prepared in anticipation of litigation or for trial may be obtained only upon a showing that the party seeking discovery has substantial need of the materials in the preparation of the case and is unable without undue hardship to obtain the substantial equivalent of the materials by other means.  Plaintiff has met that standard herein.

In a case contemplating facts virtually identical to the facts herein, Judge Palmieri, Nassau Supreme, decided Dow v. Vinny’s Diagnostic Service Center, Inc., __ NYS2d __, 2003 WL 1904084 (N.Y.Sup.), 2003 N.Y. Slip Op. 50664(U).  In Dow, as in the instant action, the issue is whether or not the driver of the vehicle had the owner’s permission to drive it.  Therefore, any communications between owner and insurance company on this issue are extremely relevant to this issue and are impossible to obtain anywhere else.  Thus, plaintiff has met her burden requiring disclosure.

DEFENDANT DONNA WALLACE IS ESTOPPED FROM

Donna Wallace is Estopped from Claiming Progressive Should Not Pay Out on Plaintiff’s Claim Because She Already Permitted Progressive to Pay Out on Her Claim.

It is very sneaky that Donna Wallace waited until after Progressive paid out on her own property damage claim, and only then did she declare that Progressive should not be paying any claims as a result of this accident because the operator of her vehicle did not have her permission.  However, this maneuver is more than just sneaky, it is also prohibited under the equitable principles of estoppel.

Stated differently:  Because Donna Wallace affirmatively submitted her own property damage claim to Progressive for payment, she is now estopped from arguing that Progressive should not pay out on plaintiff’s claim because her driver did not have her permission to use her car. 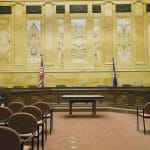 THAT HER SON DID NOT HAVE PERMISSION TO USE

HER VEHICLE IS RIDICULOUS

Defendant Donna Wallace’s contention that she has always told Progressive that her son did not have her permission to operate the vehicle is ridiculous and without merit for multiple reasons.

Unauthorized use of motor vehicle does not appear anywhere in the police documents surrounding this accident and the arrest arising therefrom.  It appears that Ms. Wallace is now asserting that the police were informed that Donald Wallace was operating the vehicle without her permission or consent, but that they omitted it from any and all records and reports following thereafter.  The police did not forget to ask her.  There was an accident between two cars.  Her son, operating her car, was arrested for driving while intoxicated, aggravated unlicensed operation of a motor vehicle in the second degree, and leaving the scene of the personal injury accident without reporting.  He admitted to driving his car while intoxicated, was convicted of violating VTL 1192.3 and was sentenced to one year in jail.  Thus, his operation of the vehicle caused the accident.

The White Plains Police did a thorough investigation.  They did not just arrest him and charge with DWI.  They did a thorough investigation, lasting over a month.  They took statements from several critical witnesses.  Among others, they took a statement from Donna Wallace.  She told police her son Donald was operating her vehicle.  She did NOT tell police that he was operating her vehicle without her consent.

Further, upon information and belief, the Progressive claims representative did not forget to ask Ms. Wallace if she gave her son permission and consent to operate the vehicle.  Progressive Insurance Company ranks #157 in the Fortune 500 ranking of U.S. companies for 2014.  Upon information and belief, Progressive did not climb to #157 best company in the entire United States by defending car accident cases that it did not have to defend; or by sending lawyers to court appearances in car accident cases without proper investigation.  And it the instant case, Progressive Insurance took fifteen (15) months to investigate.

The Progressive claims lawyers did not draft and file an answer without asking Ms. Wallace if she gave her son permission and consent to operate the vehicle.  Plaintiff submits that no insurance company as successful as Progressive Insurance would get involved in litigation regarding an accident which involves a felony DWI driver who fled the scene without first doing its own investigation into the matter.  After taking fifteen (15) months to investigate the matter and file their answer, defendant’s Verified Answer admitted that defendant Donna P. Wallace’s vehicle was being operated by the defendant Donald W. Wallace with her permission and consent.

It is plaintiff’s contention that Progressive did not rise to #157 biggest company in the country without standard protocols that require employees to contact the insured when a new claim is made; and to record the conversations or to take comprehensive notes while investigating a new claim.  Further, we believe that Progressive must have asked defendant Donna P. Wallace expressly whether or not her son, defendant Donald W. Wallace, had her permission to operate her motor vehicle.  As such, plaintiff is seeking an Order from this Court compelling production of the insurance file.

Once again, this dispute proves the point that disclosure of the insurance company file is critical to this case.  Where, as here, a party (i.e., Donna Wallace) places the subject matter of a normally privileged communication or document at issue (i.e., the Progressive claim file), or, where invasion of the privilege is required to determine the validity of the claim or defense (i.e., Donna Wallace’s recent claim that she always told Progressive that her son did not have her permission to drive her car), and the application of the privilege would deprive the adversary of vital information, fairness requires the finding of waiver of the privilege.

Based on the forgoing, plaintiff respectfully requests that this Court compel Progressive Insurance Company to produce the records requested pursuant to subpoena; and for any such other and further relief as this Court deems just.