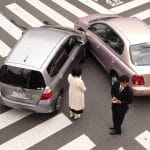 Recently, we represented a driver who was injured when a new driver traveling in the opposite direction failed to yield, and instead made a left turn directly in front of our client’s vehicle, causing the two-car collision.

Here is an example of the motion we filed for a ruling, prior to the start of trial, that the driver of the other vehicle was solely responsible for the accident, and that our driver was entirely free of fault.

PLEASE TAKE NOTICE, that upon the annexed affidavit of EMILIO FERNANDEZ, sworn to on the 5th day of October, 2017, the affirmation of KATHERINE ORTIZ dated October 5, 2017, the exhibits attached thereto, and upon all the pleadings and proceedings heretofore had herein, the undersigned will move before this Court at a Central Compliance Part at the Courthouse located at 111 Dr. Martin Luther King Jr. Blvd., White Plains, New York 10601 on the 30th day of October, 2017 at 9:30 a.m. in the forenoon of that day or as soon thereafter as counsel can be heard:

For an order pursuant to CPLR Rule 3212 granting partial summary judgment in favor of Plaintiff and against Defendant, as to liability, for an award of costs, disbursements and reasonable attorney’s fees to abide this motion, and for such other and further relief as to this Court may seem just and proper.

The above-entitled action is for personal injuries.  This action is on the trial calendar.

PLEASE TAKE FURTHER NOTICE that, pursuant to Section 2214(b) of the Civil Practice Law and Rules, all answering papers, if any, shall be served at least seven (7) days before the return date of this motion.

KATHERINE ORTIZ, an attorney admitted to practice in the State of New York, affirms the following under the penalties of perjury:

For all the reasons that follow, Plaintiff asks that this motion be granted in all respects.

WHEREFORE, it is respectfully requested that this motion be granted in its entirety, and that such other and further relief be granted as to this Court seems just and proper, including the costs of this motion.

That’s it!  It was a car accident caused by the other driver making a left hand turn across traffic immediately in front of our driver.   As a result of the dangerous turn, a collision occurred and our driver suffered personal injuries.  What happened after the motion was filed?  The insurance company for the other driver settled the case!

The experienced accident lawyers at Martin + Colin, P.C. applied their combined expertise handling similar car crash cases and, at our client’s request, successfully convinced the other driver’s insurance company that a settlement was better than a ruling that the other driver was liable as a matter of law.

Our experienced personal injury and auto accident lawyers can be contacted by phone at (914) 771 7711 or online at martincolin.com  If you have been hurt in an accident due to the negligence of another person or firm, Martin + Colin, P.C. may be able to help.  Please call (914) 771 7711 or email using the ‘Contact Us’ form on this webpage.