Our case was featured.  Very nice! 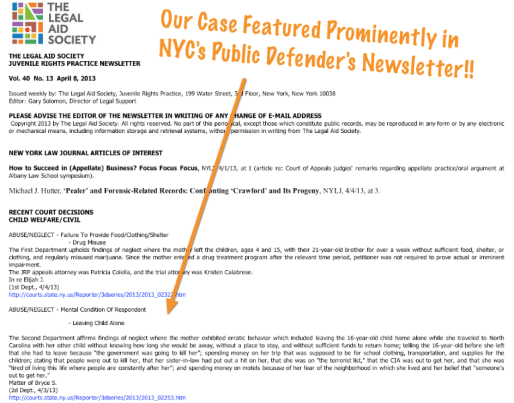 Some of the appellate court’s opinion:

With any family law matter, the experienced trial lawyers at Martin + Colin, P.C. are here to help.  Please call us at (914) 771 7711 to schedule a consultation with one of our experienced Family Law attorneys.