Here is the true statement of facts taken from a recent search and seizure case handled successfully by our false arrest attorneys.  The undisputed facts:

New York Police Department Detective Jerome Tisdale testified that on June 24, 2011 at approximately 4:45pm, he was part of a team executing a search warrant at 499 West 159th Street, Apt. 20, New York, New York.  Det. Tisdale walked downstairs and was standing outside the building when his cellphone rang.  A confidential informant told Det. Tisdale that the person who was a subject of the search warrant had just entered a vehicle parked around the corner.

Upon receiving the call, Det. Tisdale, accompanied by Officer Grace O’Malley, both assigned to NYPD Narcotics Bureau Manhattan North, walked in the direction of the vehicle identified by the confidential informant (i.e., our client’s van).  Det. Tisdale and P.O. O’Malley walked around the corner to St. Nicholas Avenue and approached our client’s parked vehicle with guns drawn.

Det. Tisdale testified that he saw absolutely no criminal activity whatsoever.  He testified that he saw absolutely nothing suspicious going on in the car.  Nonetheless, Det. Tisdale and P.O. O’Malley pointed their loaded guns directly at our client and the other two occupants of the vehicle and pulled them all out of our client’s van.  The two police officers immediately handcuffed all three men and placed them on the curbside.  P.O. O’Malley stood watch over the three handcuffed men while Det. Tisdale returned to the van.  Tisdale testified that when he returned to check the “lungeable” areas of the van, i.e., the areas of the van where the three men had been sitting, he then smelled marijuana inside the van and on that basis conducted a warrantless search of the vehicle.  NYPD Det. Tisdale searched the front passenger compartment then moved into the rear passenger compartment.  He testified that he found approximately $8,800 in U.S. currency and an amount of marijuana on the floor of the back seats. 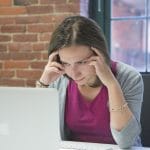 That’s it.  Those are all the facts for this exercise.  What do you think?  Was the police conduct lawful?  Or did the search and seizure conducted by police in the narrative above violate our client’s Fourth Amendment rights?  Stay tuned for subsequent articles in this series for the results.  Part 2 of 3 here…

The experienced lawyers at Martin + Colin, P.C., headquartered in White Plains, handle unlawful search and seizure claims, false arrest cases and lawsuits alleging violations of civil rights.  If you have had your civil rights violated, Martin + Colin, P.C. may be able to help.  Please call (914) 771 7711 or email using the ‘Contact Us’ form on this webpage.